Blackjack, also known as twenty-one, is one of the most widely played games on the Internet and runs a close second to video slots. So many online blackjack variants have been developed by today that every online casino visitor will find a whole bundle of suitable blackjack games for real money. By applying a proper strategy, the player can minimize the house advantage because blackjack is known to have the lowest potential house advantage among all casino games existing today.

Though blackjack is widely regarded as a game of chance, it still requires knowledge of strategy, at least on the initial level. The more profoundly the gambler studies BJ, the higher chances are to gain victory and make a right decision when it comes to stand/hit or perform other gaming actions. If the player is not experienced or wants to play online blackjack for the first time, he had better take some time to look through the rules, which are normally attached to each game. Knowing rules to the fullest extent possible, a SA player will eliminate mistakes and use blackjack to the best advantage.

First off, a few words about what players see on the game screen. Sure, graphics can vary depending on the game provider yet the general principle is basically the same. There is a bean-shaped or semicircular table with round or square areas on which the dealer (game software) places cards. There are also a few brief sentences on the table which describe concisely the major rules of that particular online blackjack, for example, “Blackjack pays 3 to 2”, “Dealer must hit soft 17” and “Insurance pays 2 to 1”. Getting yourself acquainted with these sentences visible on the table, the player will partially understand the key principles of the game.

Though rules vary across game variants, there is an established set of rules on which any blackjack game is based on. There are two parties in the game: Dealer (computer) and Player (you). The aim is to get as close to twenty-one as possible without going bust. Each card features a certain score: numbers count at their face values; Jacks, Queens and Kings add 10 points, and Aces give 1 or 11 points, whichever is more beneficial for the Player. 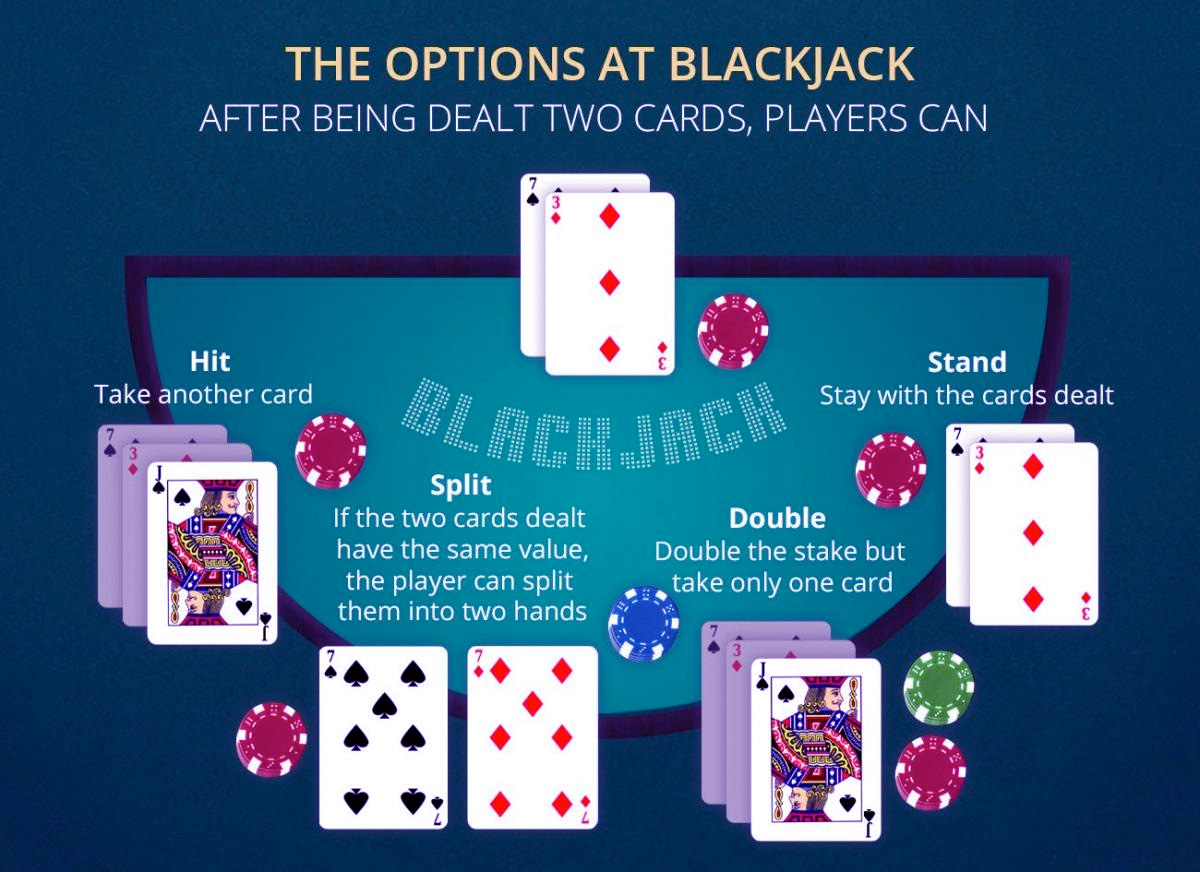 At the beginning of any round, the game software acting as a dealer handles two cards to the player and dealer – one of dealer’s cards is put face-down. Looking at the card hands, the player has to make a decision on what to do on the following step. There are normally three options such as Hit, Stand or Double Down (DD). If the player thinks it is reasonable to take one more card, he clicks Hit. If the player decides on keeping the current cards intact, he should click Stand. In some cases, the player wants to increase the original stake by two – in this case, he clicks Double Down, gets the bet doubled and receives only one additional card to the existing two-card set.

The player’s decision strongly depends on the blackjack online variant currently played on a computer or mobile device. For example, having a hard total of 15, some experts believe the player should surrender and the other strategies insist the player must hit if an upcard of the dealer is an Ace. As a general rule, the player must always stand if the hand totals hard 17+ or soft 19+.

The dealer abides by must-do rules. While SA players are allowed to make various decisions in identical situations (in fact, they can either hit or stand on any count unless the last card taken inevitably results in a bust), dealer’s decisions are strictly restricted to rules. Understanding dealer’s responses in each gaming situation will result in more efficient outcome of each round for the player. The most crucial variation relates to the Dealer’s third card rule which says “Dealer must hit on soft 17” or “Dealer stands on all 17s”. If the first option is valid in the chosen blackjack game, the player’s edge is around 0.2% less than in the second option.

There are many dozens of popular and rare types of online blackjack in South Africa that you can play for real money (ZAR or other accepted currency). All of them offer different winning odds because even the slightest change in rules affects the potential return by several tenths or hundredths of a percent (this is also valid for blackjack in mobile casinos). Actually, the rule variations are so minor that they are almost unnoticed when playing – this especially refers to inexperienced gamblers. To play blackjack online, you can select an endorsed online casino and pick any of the best and most popular blackjack games shortlisted below: